Providing arsenic-safe water and food for the growing population is a worldwide challenge. This is done by research and transdisciplinary cooperation of the proposed UNESCO Chair. The chair shall play a crucial role as the host, to address these goals where universities, research institutes, industries and bilateral and international agencies for technical and financial co-operation are being asked to respond in a united manner.

The arsenic topic is obviously fully included in Goal 6 “Access to safe water”, Goal 3 “Good health”, Goal 10 “Fight injustice and inequality”, and Goals 14 and 15, “Protecting life in aquatic systems and on land”. Provision of arsenic-safe water – by enhancing food safety and security – contributes to Goals 1 and 2 “Eradicating or reducing poverty and hunger” and to Goal 5 “Gender equality” – addressing the disadvantages experienced by women wasting time in walking far from their homes to obtain arsenic-safe drinking water or using a backyard well contaminated by arsenic as they are not able/allowed to walk outside to obtain arsenic-safe water.

Replacing fossil fuels by locally available, climate-protecting renewable energy sources and technologies, to cover the, often high, energy demand of technologies for arsenic removal from water links it to Goals 7 and 13 “Energy and halt climate change”. This further triggers the “Innovation, creation of jobs and economic growth” which are Goals 8 and 9.

Obviously, there is a strong nexus to Goal 4 “Quality education and information” to which the UNESCO-As-Chair contributes.

The SDGs have been formulated as sectoral targets, which is unfortunate because many topics (including the arsenic topic) crosscut across these fields and should be treated in an interconnected manner. This requires the consideration of all the respective nexuses within the framework of water, energy, environment, food, climate and public health, which will be the key target of the proposed UNESCO chair playing a landmark role in addressing the vast array of challenges which the 2030 SDGs provides. 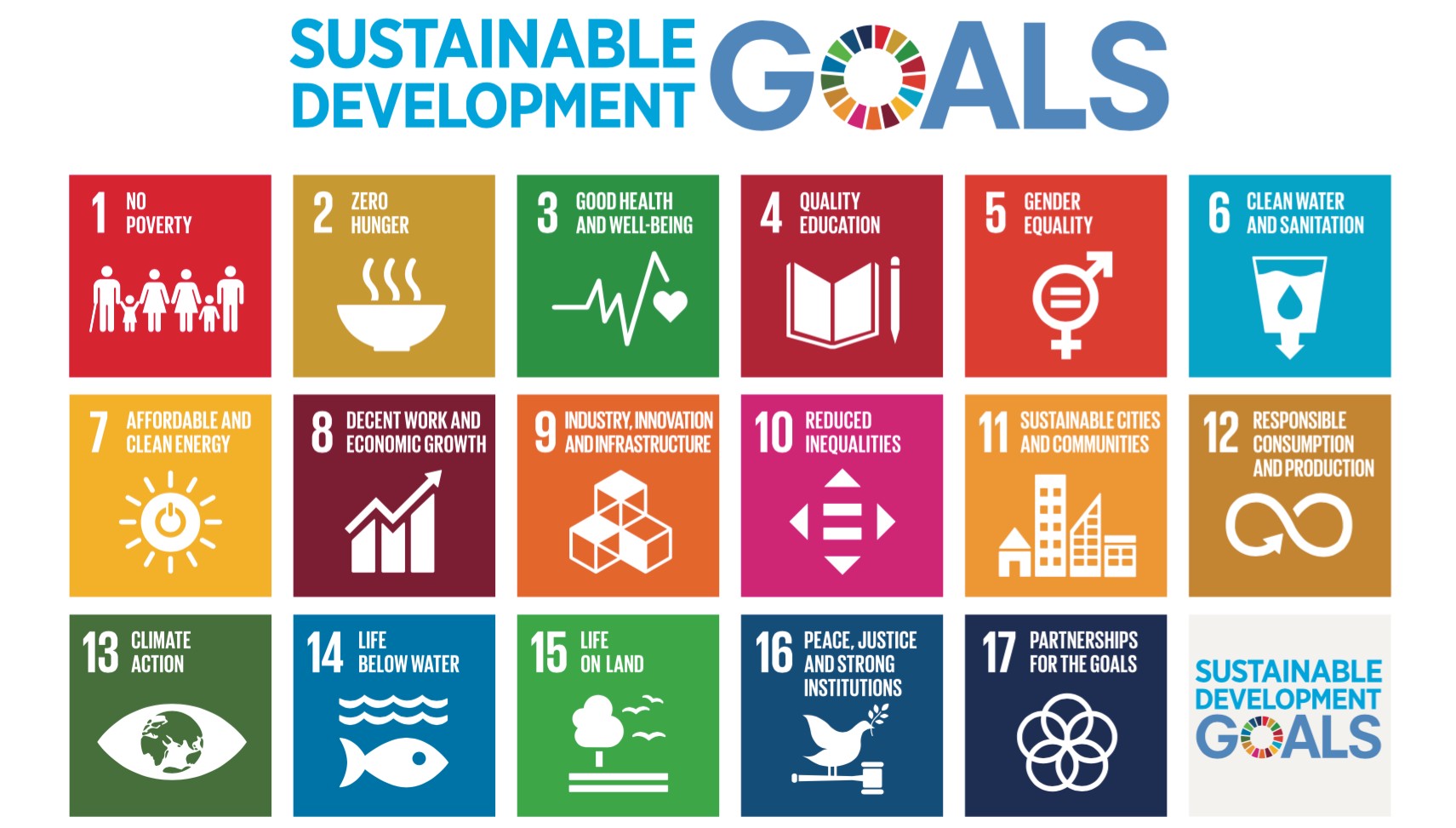 There is very little scientific data of arsenic occurrence in groundwater in Africa (and even less regarding health effects). Despite the fact that groundwater arsenic is recognized as a global problem and that modelled probabilities of finding arsenic in groundwater at toxic levels in Africa (based on geological/geochemical conditions, i.e., similarities to other world regions with arsenic-contaminated groundwater) indicate that the problem may be of a similar order of severity as in other continents. Ongoing lack of detection can be assumed to be due to lack of research and/or non-inclusion of arsenic as a parameter in standard drinking water analysis. This underrepresentation of Africa in the arsenic topic is also proven by the fact that it was not before 2016, that African scientists participated in our international congress series “Arsenic in the Environment” (and these four people belong to our arsenic project in Tanzania). Therefore, urgent attention needs to be paid on the arsenic problem in Africa and the integration of Africa in the network of global arsenic research, which our UNESCO Chair makes as one of its priorities. 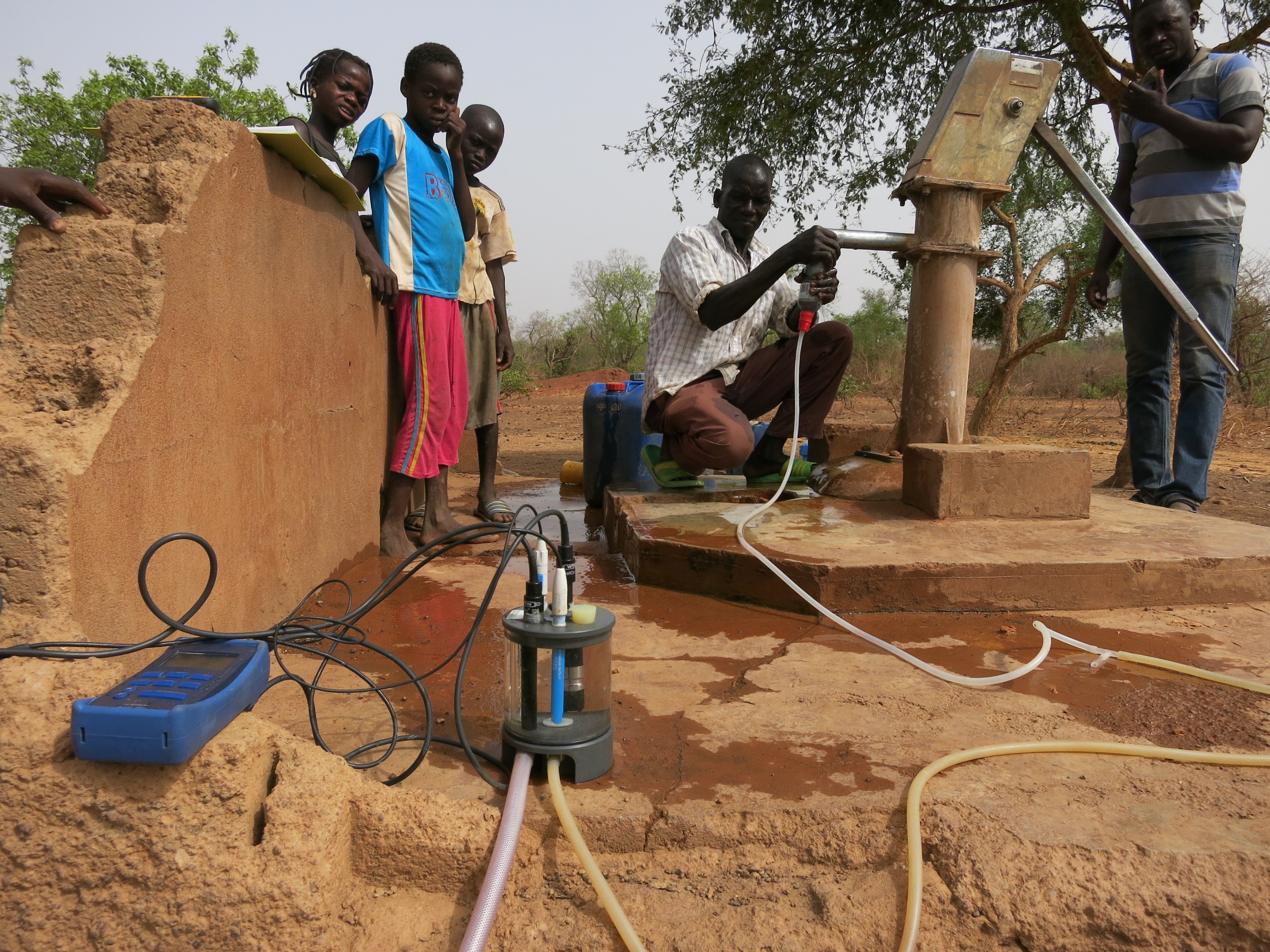 Gender equality is another priority of the proposed UNESCO chair: Regarding women, the UNESCO Chair includes two different components: (i) empowering women concerned with water fetching and use for cooking and other household purposes in decision making at community level, and (ii) empowering women in science and engineering through research and training.

There are numerous social aspects of arsenic and arsenic mitigation; mostly they are related to gender equality. However, they have not attracted the attention they deserve as present focus is on scientific and technical issues; therefore, the UNESCO Chair includes them and makes them one of its priorities.

(a) As domestic water collection and use are traditional and significant responsibilities of women, it is essential that women be involved in planning where and how alternative water sources will be used or which treatment technologies or other mitigation measures are applied; however, women’s voices are not often heard, in particular, at local-level planning and decision making; thus, women have a very marginal role in most arsenic mitigation projects. This is despite the fact of women’s interests, their capacity to participate and their responsibility for providing arsenic-safe water and food to their families.

(b) Another “Gender equality” arsenic topic are the social issues associated with arsenicosis (e.g. skin lesions) in women. Women with visible symptoms of arsenicosis suffer more than men in social aspects (i.e., (i) finding jobs where they are in contact with people and (ii) marriage arrangements; often they are abandoned or divorced by their husbands).

The UNESCO Chair is also aligned with UNESCO’s global overarching objective “Sustainable Development”. It is covered by UNESCO’s global theme “Science for a Sustainable Future”. It targets UNESCO’s global priority group “Least-Developed Countries” (see Section 2c) and SIDS (on volcanic islands, geothermal arsenic-rich fluids can contaminate ground- and surface water resources with arsenic) which belong to the priorities of the UNESCO Chair.

In the “Water Sector” of the “Environment” area they are closely linked to the “Division of Water Sciences” IHP-VIII (see Section 2b). In the “Science & Technology” area, the UNESCO Chair is closely linked to the topic “Engineering“ (through arsenic removal/remediation technologies) where sustainable engineering (e.g. through using renewable energies or energy recovery systems or low-energy technologies for water treatment) is particularly targeted within the chair together with “Women in Engineering” where the chair – within the arsenic topic – “supports women scientists” (e.g. through applications to existing scholarships for this target group) and “promoting women’s participation in decision making at community level (see Section 2a) and policy-making processes” (both priority areas of UNESCO). The UNESCO Chair is also included in the area “Science, Policy and Society” where results of strong evident-based results of research in science and engineering are directly linked to benefits for society (through sustainable mitigation, preferably with community participation including women opinions) improving social, health and nutrition conditions or through providing industry, authorities and policy makers this information to make adequate judicious, political, professional choices (e.g. drinking/irrigation water supply (arsenic-safe water), agricultural industry (arsenic-safe food production)).

The UNESCO Chair is closely linked with the “Division of Water Sciences” IHP-VIII (International Hydrological Program VIII) with its framework topic “Water Security” (2014-2021) crosscutting most of its formulated themes. This is through (i) promotion of international research in groundwater for better understanding of arsenic-contaminated aquifers and irrigated ecosystems (e.g. rice paddy fields), and (ii) mitigation, through innovative methods/technologies, and other approaches to provide arsenic-safe drinking and irrigation water; this incorporates managerial and policy issues and social dimensions including further equal opportunities for women in decision making at community level and in policy making.

Theme 2 “Groundwater in a changing world” and Theme 3 “Addressing water scarcity and quality” are obviously key themes related to the UNESCO Chair as groundwater is the origin of the global arsenic problem (through increasing global studies of (i) arsenic origin, mobilization, distribution in aquifers, accumulation in the food chain and related health impacts, (ii) research on alternative water sources and mitigation measures, integrated with socio-economic and environmental aspects, (iii) awareness programmes and tools for stakeholders involvement [Focal Area 3.3], and (iv) improving legal, policy, institutional, and human capacity [Focal area 3.3]). The UNESCO Chair topic is highlighted as it is included in the Focal Area 2.4 as a specific objective (“increased support for the study of the origin, behavior, and processes occurring in groundwater environments polluted by hazardous substances of natural origin (arsenic, fluoride) … chemicals and propose cost-effective soil and groundwater pollution remediation techniques”).

The UNESCO Chair is also aligned to Theme 4 “Water and human settlements of the future” (through its objective of providing (arsenic-) safe drinking water for all, one of the major challenges of the 21st century). In particular, it is aligned to Focal Area 4.5 “Integrated development in rural human settlement” (through researching low-cost and locally produced technology for treatment of arsenic-contaminated water that can be operated and maintained by rural people) since approximately half of population still lives in rural areas, in particular in Asia and Africa.

The UNESCO Chair is fully aligned to Theme 6 “Water education, key for water security” (through providing and facilitating research in science and engineering, education (formal and non-formal), capacity building, awareness and data to support for global and regional management of arsenic-contaminated groundwater resources and ecosystems (e.g. irrigated areas)). Enhancing tertiary education and professional capabilities (Focal Area 6.1) is not only highlighted but also provides the means covered by the other focal areas of this theme (6.2-6.4).

Given its transdisciplinary character, the UNESCO Chair is also linked to other Medium-Term Strategy (2014-2021) targets of UNESCO including the global priorities Africa and Gender (already outlined in Section 2a) and the Strategic Objectives SO 4: “Promoting the interface between science, policy and society and ethical and inclusive policies for sustainable development” and SO 5: “Strengthening international science cooperation for peace, sustainability and social inclusion” (through the targeted science for society approach in the arsenic topic and as outlined in 2c, 4, 8-10).